William was pleased with how the roof thatch reeds were aging and predicted that, weather permitting,  they should survive as long or longer than a traditional shingle roof.

I recorded this interview while William was in Wisconsin working on the project. To learn more about William and his ancient craft, visit https://www.roofthatch.com.  For information on Kinstone visit https://www.kinstonecircle.com.  Fountain City is just across the Mississippi River from Winona, MN, a popular fall foliage drive.

Stop by to see William’s work and connect with the spirit of St. Francis, the patron saint of animals and ecology.

Minneapolis-based Hoffman Weber Construction  is among the largest and most community-engaged roofing contractors in the Midwest. It hosts a weekly call-in Home Show on myTalk 107.1 FM (Everything Entertainment) radio in St. Paul, MN at 9 AM each Sunday sponsored by James Hardie Siding Products. Roof thatcher William Cahill was the guest on the hour-long show on Aug. 20. The talented and funny Shannan Paul  and knowledgeable Hoffman Weber General Manager Mike Sample asked him questions about where reed roofs fit in today’s outdoor living environments and how it’s done. He even got to read Seamus Heaney’s poem, Thatcher, at the end of the show. 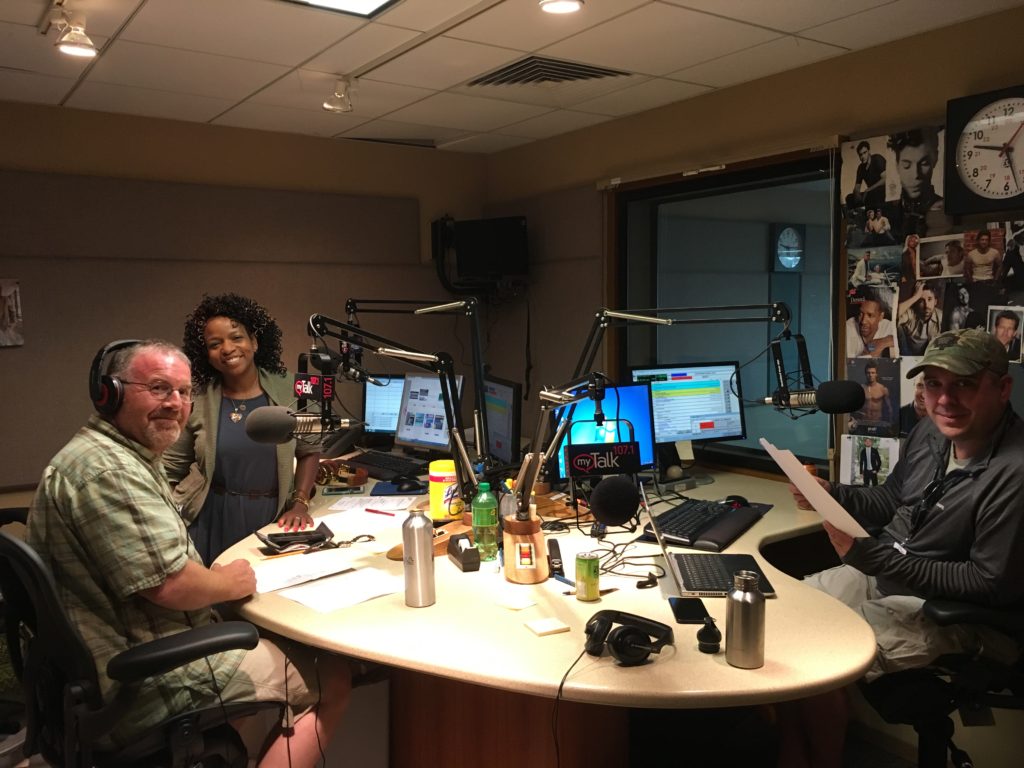 William discussed harvesting reeds, proper pitch for a durable thatched roof, popular thatch applications and why rainwater doesn’t penetrate thatch to the space below. He also got to talk about Kinstone Circle in Fountain City, WI, where you can see an example of his work. William thatched the roof of the St. Francis of Assisi cordwood chapel there in 2011 and returned to tidy it up a bit this month. Based on how it is doing, he would expect the roof to last 25 years.

The radio program was recorded and it is available on OnDemand. To listen in, click the link below and look for the Aug. 20 show. You also can see Hoffman Weber Construction at the 2017 Minnesota State Fair, where it is exhibiting a village of supersize playhouses and doghouses. The time-machine structures depict different times in history. Hoffman Weber was named the best new product/service at the Fair in 2016. Maybe a thatched roof next year? Hoffman Weber donates the structures to charity auctions. 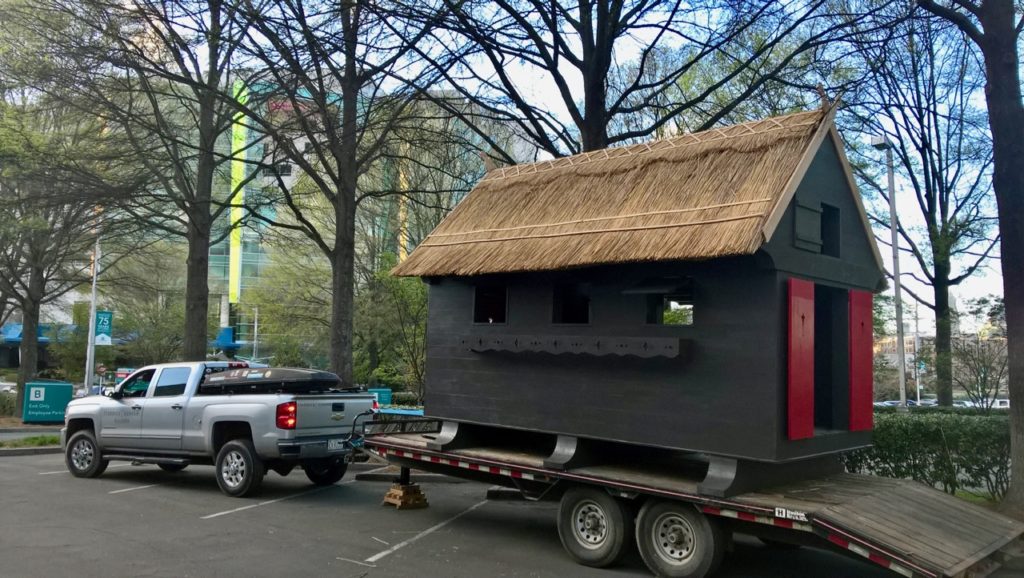